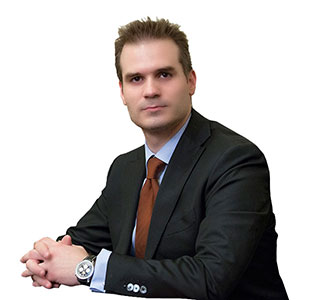 Dr. Karmiris  was born in Athens, Greece. He graduated from the Second High School of Agia Paraskevi with distinction. Following successful entry exams, he attended Medical School with simultaneous training at the Military School of Corps Officers (SSAS).

He graduated from Aristotle University of Thessaloniki and at the same time sworn in as an Officer (Second Lieutenant) in Hellenic Army. He completed his year of internship at 401 General Hospital in Athens and then he was appointed as the Head of Medical Services at the army helicopter base of Megara for two years. He graduated from Hellenic Air Force Hospital as an Aviation Doctor and from Athens Naval Hospital with the diploma of Hyperbaric Medicine.

Dr. Karmiris passed his finishing exams (CCST) and became a Consultant at 401 General Army Hospital of Athens; currently is the Head of Medical Services at the Command of Special Forces Operations.