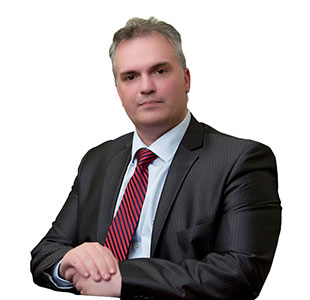 Dr. Vourtsis Spyridon was born in Athens, Greece. He graduated from Zanneion Experimental High school, and after sitting for the final National exams, he entered Medical Department of Military School of Corps Officers.

Upon successful completion of his training, he graduated from Medical School of Aristotle University of Thessaloniki and the Military School, at the same time. He attended the annual training program of the Military School of Implementation of Health Services, and after graduation, he served as the Head of Medical Services of Special Forces in Cyprus for two years.

Following successful entry exams, he started his specialization in Plastic Surgery at the departments of General surgery of 401 General Military Hospital and 417 Veterans’ Army Hospital in Athens.

He continued his training at the departments of Plastic and Reconstructive Surgery, ENT and Latsion Burns Centre of Thriassion Hospital in Athens, the Department of Neurosurgery of 417 Veterans’ Army Hospital in Athens and at Burns & Plastic Department of Selly Oak Hospital and Sarcoma Centre of Royal Orthopaedic Hospital in Birmingham, United Kingdom. Dr. Vourtsis passed his finishing exams, and he then served as an Executive Officer at a battalion of Medical Services in Lemnos island, Greece.

Then, he received his Ph.D. degree in Medicine with grade A under the supervision of Professor Mihai Ionac (University of Medicine and Pharmacy of Timisoara). His doctoral thesis is entitled “Cellular or Molecular Therapy for the Reconstruction of Large Skin Defects”.

He is a member of Athens Medical Association (ISA) and the Hellenic Society of Plastic, Reconstructive and Aesthetic Surgery (HESPRAS).

In his scientific work are also included publications of medical papers at international medical journals, lectures in both national and international congresses, participation in “hands-on” educational courses as a trainee and later as an instructor and finally experimental research in the field of Plastic and Reconstructive Surgery.